Isaiah 53:8. “ He was taken from prison and from judgment: and who shall declare His generation? for He was cut off out of the land of the living: for the transgression of my people was He stricken.” 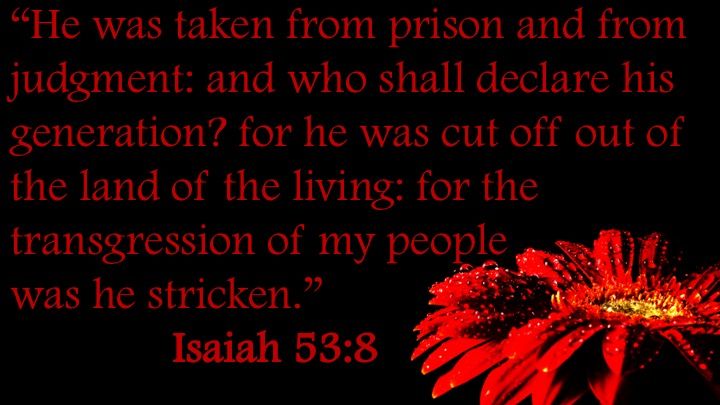 Christ was never kept in prison, nor did He have a fair trial; so the idea here is that He was cut off, justice and judgment being denied Him. Who will be able to  declare the wickedness of His generation? He was  considered too wicked to be given a fair trial. Though He was declared innocent by His judge and others, He was denied freedom by His enemies. They brought pressure to bear upon His judge, who then thought it best to save himself from being accused of treason to Caesar.

All that He suffered, every bit of it, was for the transgression of all mankind, including the Israelites who offered Him up for judgment.

3 thoughts on “For All Our Sin”