It’s been an unusual week for us.  First, we got a new (to us) car.  Terry has been searching for  several weeks, finally found the right car at the right price.  And it’s a honey 🙂  Drives like a dream.  I’ve been driving an ’01 Volvo, which is also a very good car, but  it’s more than showing its age and Terry has been concerned that it will be an ongoing  repair problem.  The new(er) car is an ’09, and could very well be the last car we buy.

Second, I’ve really been struggling with my back.  The pain is no laughing matter, and I’m  unable to work. Again.  But the strangest thing is happening.  We’re not getting my usual income, and we just bought this car.  But just like the story of the woman who kept filling jars with oil and never running out (II Kings 4), our checkbook balance stays just about the same.  That, my friends, is the miraculous grace of God , Who has promised that He will supply all our need, according to His riches in glory by Christ Jesus (Phil. 4:19).

Isn’t it a little bit crass to talk about money?  No, not when it is a source of blessing and a part of God’s abundant grace.  Now, I can think of instances in which someone gets up in prayer meeting and gives a “testimony” stating exactly how much money he needs by next week to pay off his semester school bill, and then the next week the same person stands up and tearfully says it’s just a miracle, he doesn’t know how it happened, but he got a check for THE EXACT amount he needed!  Really? Yes, someone was kindhearted and was used of God to supply that need, but I’d be more impressed if the guy had just prayed privately that his need would be supplied, and there it was!  You see what I mean?  For me, the joy is in seeing God meet our needs when we haven’t told anyone at all.  And I don’t think it’s a bad thing to talk about how God meets our needs.  I think it’s exciting!

I finally got the go-ahead to schedule the steroid shots that have worked well for me before.  The first one will be this coming Friday, and the second is in early October.  I’m so thankful to know relief is on its way. 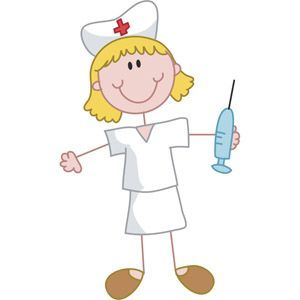 Finally, I’m writing this from a Bed&Breakfast not too far from where we live.  I’ve been here since Friday evening, and will go home tomorrow.  This stay has been a birthday gift from my son and daughter-in-law in Germany.  It’s been designated as my “writer’s weekend” because it’s hard for me to get uninterrupted time at home just for writing.  I can do it in small doses, like this blog post, but I find it difficult to keep my train of thought going in the right direction when the phone is ringing, or Terry needs me, or the next load needs to go into the washer.  It’s just distracting.  Last night and today, I churned out 30 pages!

One more thing.  I’m out in the country, where one expects various insects to find a way into the house.  I must have killed a dozen or more flies in the last 24+ hours, but it does seem that for every single one I kill, two pop up to takes its place.  Seriously, I hate flies.  And there’s another one that’s about to lose it’s life. 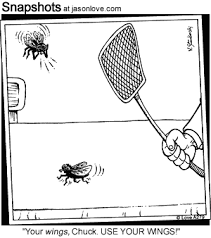 Someone has said that Noah was a very brave man to  spend so  much time in a wooden boat and a rapidly expanding  family of termites. I wonder if they had a fly problem, too.