Isaiah 4:5-7. The isles saw it, and feared: the ends of the earth were afraid, drew near, and came. They helped every one his neighbour: and every one said to his brother, Be of good courage. So the carpenter encouraged the goldsmith, and he that smootheth with the hammer him that smote the anvil, saying, It is ready for the sodering: and he fastened it with mails, that it should not be moved.” 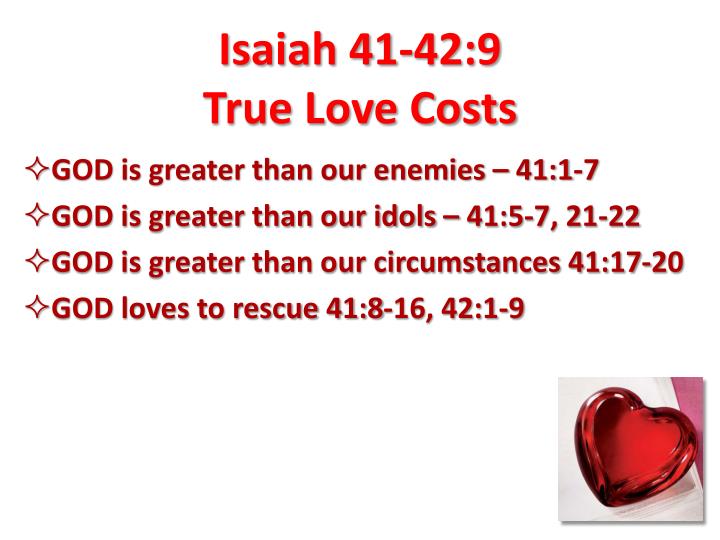 These verses picture the various countries fearing Cyrus and uniting against him. The isles (maritime countries) and the far off parts of Egypt, Palestine, and Asia Minor saw this coming struggle and, in fear, they came together in a federation to fight Cyrus.

In verse 6, they encouraged each other not to be afraid of the invasion of Cyrus. The encouragement here was to make new images for the temples and thus obtain the favor of the gods whom the people trusted to rescue them from Cyrus; so they fashioned idols and set them in their places that they should not be moved.

This is another instance of sinners seeking to avert judgment by becoming religious. Such turning of pagans to idols to avert destruction only shows the futility of such trust.  I am reminded of how American churches filled up for a couple of weeks following  the Islamic terror attacks on 9/11. Until the peak of the terror passed, people were suddenly turning to prayer, to religion, to a form of worship.

It didn’t last very long.  Things settled back into their normal routine, and God was tucked back into His corner until some other tragedy should happen.  I don’t think I had heard  God Bless America sung so often, other than in WWII movies, in all my life.

The truth is, God is not some idol to be called upon only in times of danger.  If we don’t worship Him in spirit and in truth, we have no right to expect Him to bail us out of trouble and then go back into the corners of our lives when the danger has passed.