Isaiah 30:27-28. Behold, the Name of the Lord cometh from far, burning with His anger, and the burden thereof is heavy: His lips are full of indignation, and His tongue as a devouring fire. And His breath, as an overflowing stream, shall reach to the midst of the neck, to sift the nations with the sieve of vanity: and there shall be a bridle in the jaws of the people, causing them to err.” 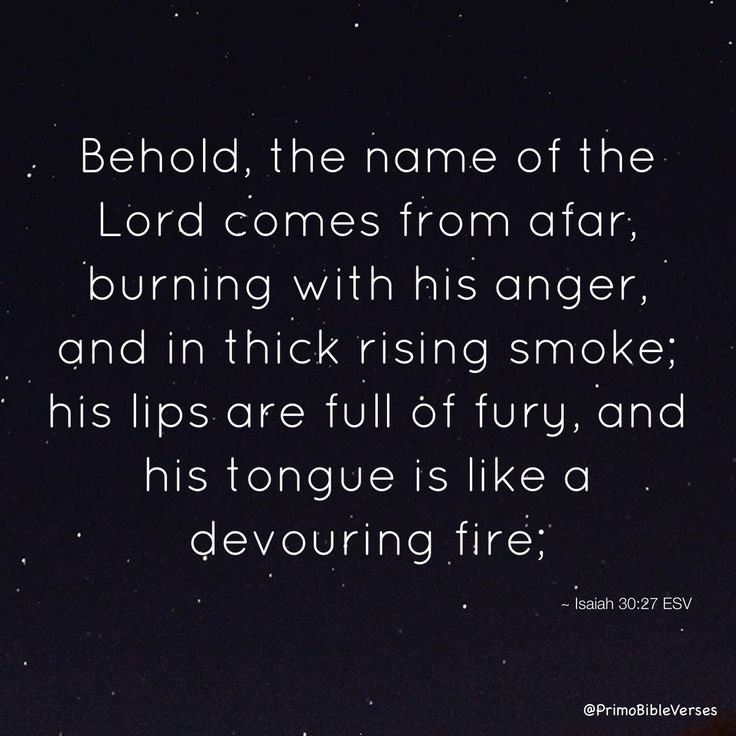 God’s wrath is something to be feared.  Sadly, too many people want to focus only on His love, His grace and mercy. Those are also important attributes, but they are not the ONLY  attributes. Primarily, God is holy.  His holiness contains all His other attributes, which include grace, love, and mercy.  And justice. We must never forget that He is a God of justice, and the nations who persecuted Israel will experience the justice meted out by and angry and all-powerful God.

It was customary for captives from defeated nations to be led away with nooses, or bridles, around their necks. The bridles made it easy to control them.  I’m not sure if this last sentence in today’s passage is a reference to the people of Jerusalem being led into captivity, or if it is descriptive of Judah’s enemies when they are defeated. Nothing I read was completely convincing or definite. I tend to think, though, that it refers to the half of Jerusalem that will be led into captivity just before Armageddon (Zech. 14:1-5).