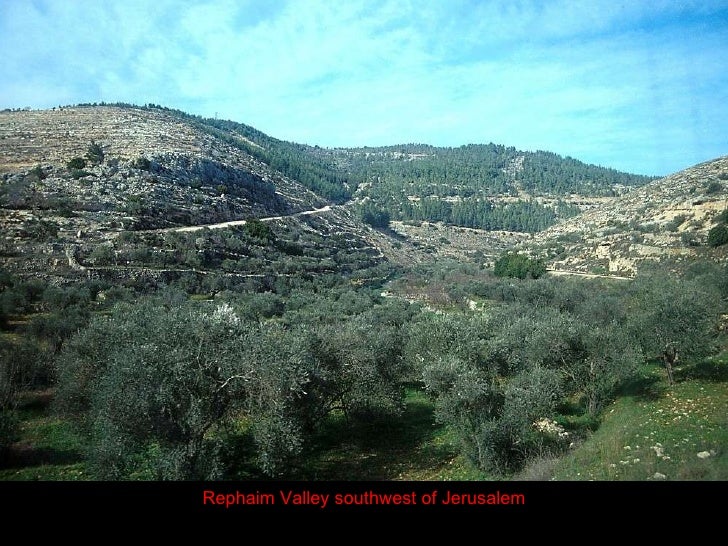 I should have included this verse with vv. 3-4. It is a continuation  of that narrative, describing the destruction of Damascus and Ephraim. The valley of Rephaim was also known as the Valley of the Giants.

It was believed that giants lived in this valley, and indeed it does seem there was an abundance of men like Goliath, who were taller and bigger than the ordinary men of Israel.

The reference to reaping refers to the custom of gathering several stalks of wheat (called corn) in one hand and cutting them with a sickle in the other. This was the picture of the defeat that would be suffered at the hands of Assyria.

One thought on “The Valley of Rephaim”