There’s a lengthy list of sypmtoms.  I’ll try to condense it down to a practical picture for you.

Emotional deadness can result in distancing oneself from people, and/or a sense of a foreshortened future (for example, not being able to think about the future or make future plans, not believing one will live much longer). At least one re-experiencing symptom, three avoidance/numbing symptoms, and two hyperarousal symptoms must be present for at least one month and must cause significant distress or functional impairment in order for the diagnosis of PTSD to be assigned. PTSD is considered of chronic duration if it persists for three months or more.

Symptoms of PTSD that tend to be associated with (Chronic)-PTSD include problems regulating feelings, which can result in suicidal thoughts, explosive anger, or passive aggressive behaviors; a tendency to forget the trauma or feel detached from one’s life (dissociation) or body (depersonalization); persistent feelings of helplessness, shame, guilt, or being completely different from others; feeling the perpetrator of trauma is all-powerful and preoccupation with either revenge against or allegiance with the perpetrator; and severe change in those things that give the sufferer meaning, like a loss of spiritual faith or an ongoing sense of helplessness, hopelessness, or despair.

Depression is a part of PTSD.  So is disturbed sleep, a tendency toward self-medicating with alcohol, drugs, or other harmful behaviors such as sexual promiscuity. The worst part of PTSD for a lot of sufferers is the belief that no one else has ever gone through what they are experiencing; that they are “crazy” and different, and that there is no help.

Marriages are destroyed.  Jobs are lost.  Connection with friends and relatives are severed. It’s a terrible place. 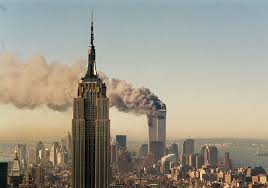 It’s not just soldiers or victims of sexual assault who experience PTSD.  Any event that involves harm and death, generating great fear and a sense of helplessness, can cause PTSD.  Since 9-11, many of the first responders have struggled with it.  They are the ones who saw and heard the bodies of those who jumped rather than being burned.  They heard the cries for help from underneath tons of rubble, and couldn’t get there fast enough to save people.  They are the ones who climbed up the stairs as hundreds rushed down.  They marched into the “valley of death,” and those who managed to return have suffered with survivor guilt along with all the other horrors they saw.

Next week, I’ll write specifically about PTSD and sexual assault.  In the meantime, if you’re interested, here’s just one of many good websites: