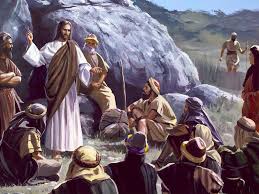 Jesus had a lot to say in order to prepare His disciples for the work they would do.  I’m sure there were questions in their minds that stayed with them as they traveled, but I’m also sure it wasn’t long before they understood clearly what Jesus was teaching them. Sometimes we need to experience life before we understand what God’s Word teaches about how to live!

To receive a false prophet, one not sent by God, is to accept his message as truth. God’s blessing will not fall on that person, or that congregation, because they have not discerned the false prophet, and have embraced his false message.  We must be more discerning than to give our hospitality, money, and support to every man posing as a minister.

How do we know which is which?  Matthew 7:15-20 clearly tells us that we will know them by their fruits, or by the results of their teachings in the hearts of the people; later, this can be applied to the church as well.

We live in an age when many promote themselves as messengers of God.  They strive to set themselves up as leaders who have some special kind of message that no one else has ever known before. They go on radio and television; sometimes they write numerous books, and they typically make lots and lots of money.  Yet, their fruit is hard to find.

Sometimes, even when they do seem to teach God’s Word in its fullness, they still are more interested in self-promotion than they are in being humble shepherds of the flock. Satan will never stop trying to destroy the church until he is cast forever into the lake of fire. His hatred for God is that strong.

If you sift whatever you hear through the Word, and find that there are things that don’t quite make it through the sieve, then you know those things are not truth. The only way you can discern the truth from the lie is to be in the Word yourself, daily, and with much prayer.

We live in difficult times.  We need to be wise, discerning, and knowledgeable students of God’s Word.

Here is the kind of shepherd I want:

2 thoughts on “How it Works”